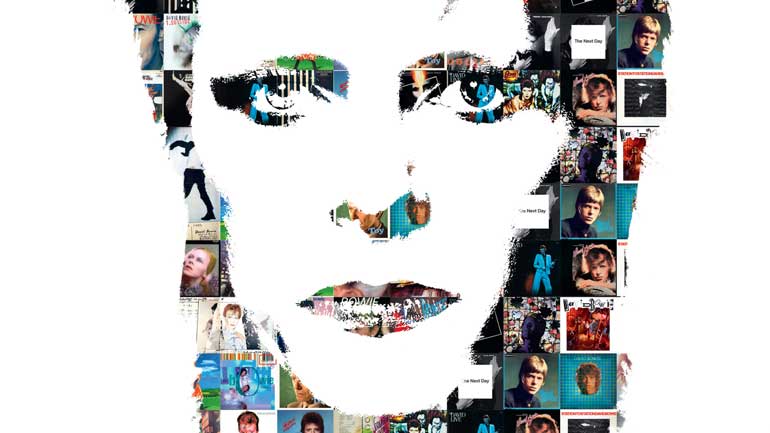 From Brixton streets of black and Blues and working class of stock
A messianic boy named Jones was born the future king of rock.
The eyes didn’t match, the teeth needed capped, the complexion white and snowey
Yet behind those eyes lay a visionary later know as David Bowie.

David Bowie let them boogie, let the children play
David Bowie such a tease wasn’t really gay.
But it mattered not. He knew the plot. The suggestion was enough.
And a million forbiden lovers cried that there Bowie’s one of us.

He turned a planet feeling blue into a spinning glitter ball
And it wasn’t just the platform shoes that made us all feel tall
Because he blew away conformity. Made the rule book look quite petty
When he told a generation you’re beautiful, you’re changing and you’re pretty.

David Bowie let them boogie, let the children play
A million suburban heroes he birthed if only for a day
He screamed, he bawled, he was outrageous kicking up a fuss.
And from our factory production lines he screamed Rebel! Rebel!
For he was one of us.

He then shot off to Germany to escape that juggernaut called fame.
Ig and Zig and Eno stood watching lovers by a wall
The music did unite them from East and West they came
And a people reunited danced as that wall it took a fall.

David Bowie let them boogie, let the children play
A new Queen Birch named Thatcher tried to take all we had away.
But Davy boy he never flinched as he lifted us from dread
Put on your shoes, you know the ones, they’re revolution and they’re red.
OK the came some albums we’d rather not discuss
But that just proved he’s fallible because Bowie’s one of us

How many days have we left? With Hours you told us Seven
Then on a morning cold in January Look up here I’m in Heaven
From Stardust to Blackstar the circle was complete
To celebrate your legend we went Outside, did some dancing, tears fell upon the street

David Bowie let them boogie, let the children play
Your legacy is like diamond forever here to stay
Your songs will ring forever on the streets where they’ll be busked
And in a million years when they ask why we’ll say because he was one of us

the meanderings of comedian John Scott View all posts by Dissent