In this series of occasional blogs I’m going to post some of the routines I’ve done as comedian and explain where they came from. This one below is probably the first routine I ever wrote. When I started out I was a very different comic. Much of my shtick was about being a camp guy growing up in a tough mining town. This piece very much comes from that world. The core of the story and punch line are very much based in fact. Of course I’ve embellished and gagged things up to turn it into comedy….

KARMA FOR THE SCHOOL BULLY.

“Ridicule is nothing to be scared of” So said primo New Romantic Adam Ant. He obviously never grew up where I did. If ridicule came in the form of 10 skinheads chasing you down the high street it was plenty to be scared of.

I grew up in the 80s and was a New Romantic. 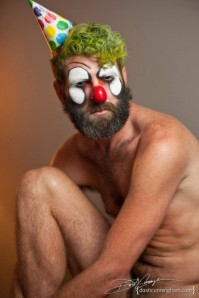 Brave. Essentially I could be found running around a Scottish mining town in my mums blouse. Life for me could be like a 16th century Witch trial. The locals would proclaim, “Yeah, throw him in the pond…and if he floats he’s a poof.”

I’d be thinking, “Oh God. Not the pond again. Not with this blouse. I’m wearing a black bra.”

I used to have a flick over fringe like Phil Oakey from the Human league. 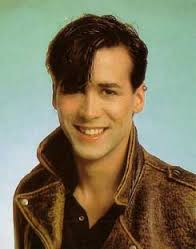 Anyway. I was always getting stress from the bullies. In particular there was a guy called Bobby Schoolar. he was a right bastard. 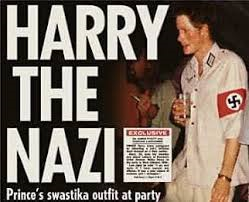 So one day we were in chemistry and Bobby was trying to get my attention by stabbing me in the thigh with a compass. he leans over and says, “Hey Scotty you’re gay this should interest you.” I said look Bobby I’ve told you it’s the 1980s. I’m not gay. I’m a dandy highwayman.” 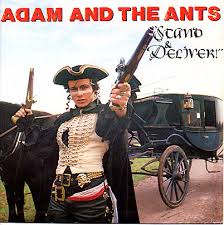 So anyway he still leans over and says. “Whatever!” Then he started to whisper in my ear. he says. “Look don’t tell anybody this right…but last night I was in the bath…and I stuck my thumb….up my bumb…and it was good. now you wont tell anybody will you?”

What would you have done? I was on my feet so fast I nearly created a Higs Boson particle. I shouted to the class, “Hey everybody!! Schoolar just told me he stuck his thumb up his arse last night. And he said HE ENJOYED IT.”

There was instant bedlam in the class room.

Everybody started chanting, “up the bum, up the bum, up the bum.” (I RESISTED AN IMAGE FOR THIS BIT) In amongst all the mayhem Bobby panicked and he tried to make a run for it. Just as he got to the door the teacher came in. Bobby slammed right into him.  The teacher saw this near riot and went insane. he screamed, “Bobby! Get back to your chair. I want you, to explain to me…EXACTLY what is going on in here?”

I thought…can this day get any better. 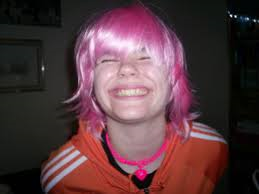 Any way the outcome of the story was  for my bad karma I got a detention. But that’s nothing compared to what Bobby had to endure for his homophobic bad karma. he spent the next two years at high school with everybody that passed him in the corner holding up their thumbs and going, “Hey Bobby…are you alright.”